Remember that scene in the movie Under The Volcano when Geoffrey Firmin, a totally drunk former British consul at a bar in Quauhnahuac, Mexico, looks up at the door and sees his estranged wife, Yvonne? She hadn't said she was flying in from the US, so he thinks she's just a booze-inspired hallucination. Slightly trembling, he continues his conversation with a fellow drunk, pretending she's not there.

Well, sitting on my couch typing in my laptop yesterday I felt a movement of the the entire room in a slight sideways direction, once to the left, then to the right, and back again, which made me sway a bit in response to each move. Then nothing. On Monday no more than half a dozen people were in front of the alleged “Ground Zero Mosque” in lower Manhattan, a contrast to the mobs of dueling protesters there on Sunday. From a distance I took a few shots of a trio, one of whom—given his youthful appearance—might have been an Apprentice Imam. I went over and asked His Holiness if I could take his picture.

“You may NOT,” he replied loudly with considerable vigor. “My religion teaches me that if you take my picture, you steal my SOUL, so absolutely no, I will not give you permission.” 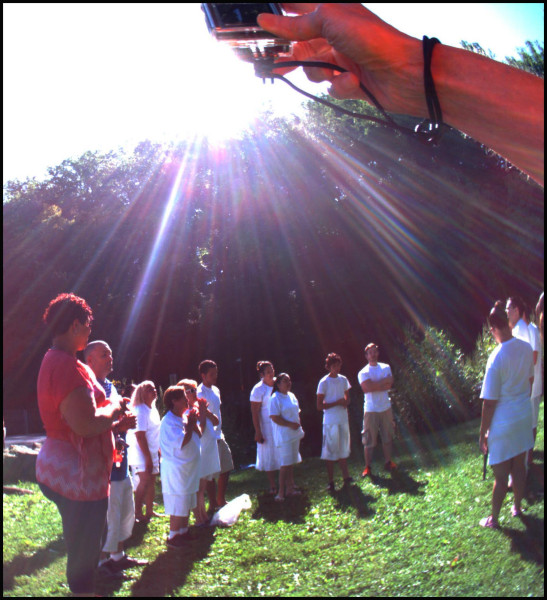