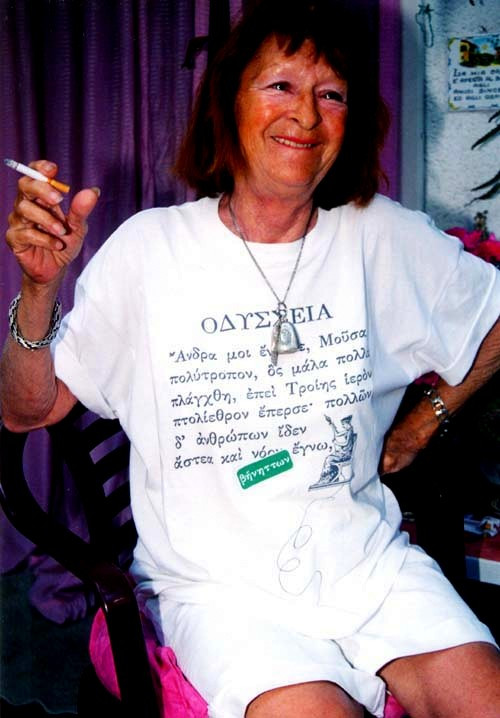 Silvia and I were taking our coffee at a cafe facing Piazza Luca Balsoforie. She was wearing one of her more interesting t-shirts, which displayed Penelope in profile holding a skein of yarn, alongside half a dozen lines of what I presumed was from The Odyssey, in large black Greek letters.

A scruffy bearded man in a soiled shirt and trousers sauntered by. His dark cap was down over his forehead, and his eyes peered out of the shadow cast by its brim. In his thumb and forefinger was a cigarette, pointed upward in the European manner.

Mario tossed his cigarette and sauntered toward our table. He bent over, peered at Silvia’s t-shirt. He pointed his nicotine-stained finger at the ancient Greek text and began to recite. His voice was deep, dramatic, resonant. He pronounced each syllable with care and great love, as if he were on stage before a large audience, and of course I imagined this was precisely as Homer himself meant the words to be spoken. 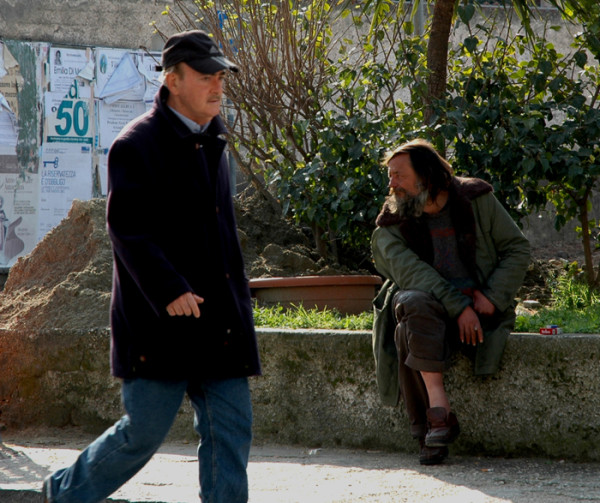 Perhaps it was the Odyssey's opening paragraph: "Tell me, O muse, of what that ingenious hero who traveled far and wide after he had sacked the famous town of Troy…"

When he concluded, Silvia said, “Magnifico!”

I was too surprised to say a word. In 800 BC there were people on this island, perhaps on this very spot, who spoke that Homeric language. And there I sat at this cafe, having been blessed with a vivid, live glimpse of antiquity.

Silvia gave him a couple Euros, and he said grazie and sauntered off.

"Do you know his story?" Silvia asked.

Five or six years ago, she said, Mario lost his mind. He'd been a scholar of Latin and Greek literature, was fluent in six languages. In addition to his professorship at the Sapienza University of Rome, he wrote essays for all the learned journals of Europe.