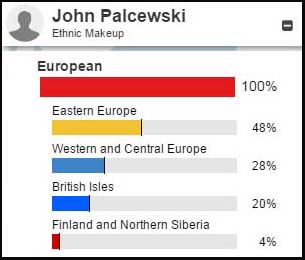 My DNA results confirm what I already knew. Casimir, my grandfather, was from Poland. Grandma Josephine was from Germany. My mother, Elizabeth Jean, was the descendant of Jack Joyce who, during The Hunger in Ireland, was arrested and convicted of sheep stealing and was sent to a penal colony in New South Wales, Australia. He later went to America to work on the railroad.

The only surprise is that apparently I have a bit of Italian blood in me. Which might explain why I fell in love with this exquisitely beautiful country the moment I stepped off the plane half a century ago. 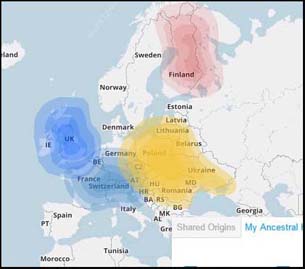