Hello sir. You don't know me, but I just wanted to send you an email.

I used this website called. www.muckrock.com to file a FOIA request for Barney Rosset's FBI file.

I didn't find much of interest, except for a letter that appeared in the documents.

Apparently, back in May of 1967, an FBI agent in the LA bureau read something you wrote called, "Elegy, As If I Meant It" and found it to be obscene. The copy of Evergreen Review that it was published in was even sent to an FBI lab for investigation.

Interesting history, I guess. You can find a mention of your poem on page 47 of the Rosset files.

Copies of my reply to Delaware's post and FBI letters below:

Many thanks for sending me this fascinating material.

For many years I thought of submitting my own FOIA request to the FBI to see what they had on me, given that when I was in Strategic Air Command Intelligence in the early 60s, I needed a Top Secret security clearance and was carefully investigated by the Bureau. 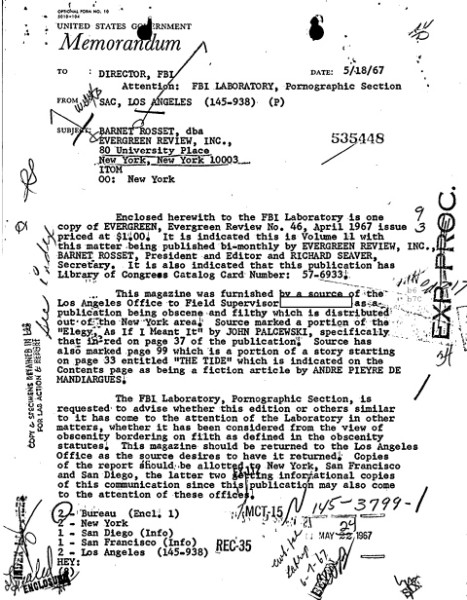 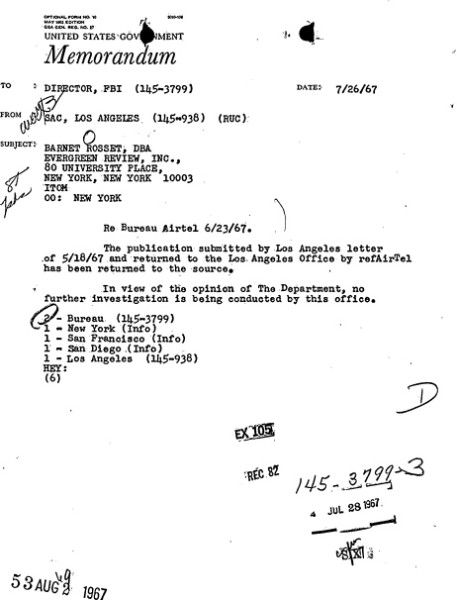