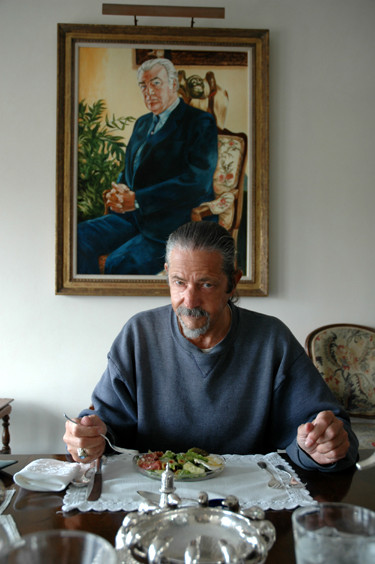 WITNESS is about my sowing the wind and reaping the whirlwind, with the reaping coming three decades after the sowing. Imagine my surprise!

It's a highly detailed character study of Leila Hadley Luce, Hank Luce III, and others, and to a lesser extent myself. Lesser because being at core a journalist, I tend to want to keep out of the story. Professor Harold Bloom says, “...the representation of human character and personality remains always the supreme literary value,” and I heartily agree.

In WITNESS I describe my convoluted path beginning as an emotionally immature naïf even at 26, when I first met Leila. I was a copywriter in Doubleday Publisher's Syndicate Department, and she was an editor at Diplomat Magazine. To my delight she immediately accepted an article proposal I gave her. She subsequently invited me to be her house guest at 1160 Fifth Avenue and arranged for me to interview jazz great Miles Davis. One day she told me that her daughter, Victoria, had fallen in love with me and wanted me to be her first lover. How could I refuse?

The whole thing ended badly. How could it not? But nevertheless Leila brushed aside all my apologies, and we remained in touch over the years, exchanging snail mails, emails and telephone calls. She'd often call in the middle of the night, and she'd describe in minute detail everything that was going on in her life. 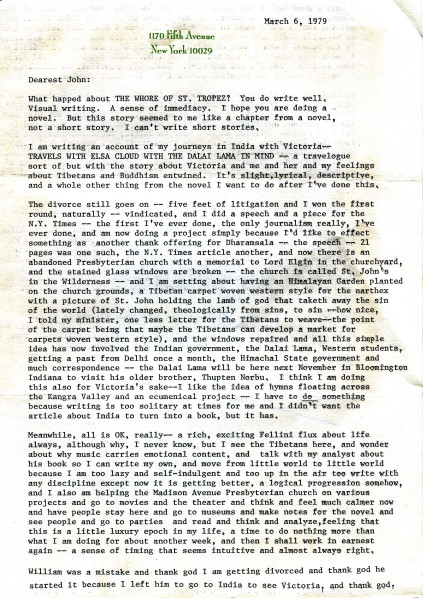 Fast forward to July, 1999, when I was in residence on Isola d' Ischia, in the bay of Naples. Victoria wrote to me.

At first I thought it was going to be a pleasant reunion and a discussion of how tumultous things were back in the day, but it very quickly turned into her deafening wail of anguish. I had utterly destroyed her, she said. I had betrayed her in the worst way possible! She said she'd never forget how overhearing me tell her mother she wasn't a virgin was utterly devastating. In that instant, I had destroyed her innocence, her childhood. I was wholly taken aback, but I immediately and repeatedly apologized. We spent three, four days of intense email exchanges and even an hour long transatlantic telephone conversation.


In the end Victoria forgave me. Thanked me for affirming and acknowledging her pain and suffering. When I wrote to Leila telling her of this encounter, she replied:

"Victoria has alienated Matthew and Caroline, and many of her friends and family by mail and telephone. Victoria is schizophrenic, and paranoid. She feels abused, persecuted, damaged for no reason at all except her neuroses. Very destructive to all relationships. You did nothing ever to cause her or me any problems whatsoever."

But all that was just the beginning of the reaping of the whirlwind.

My girlfriend Maria learned she was given up for adoption by Sofia Loren and Marcello Mastroianni, and despite my repeated attempts to contact Sofia she remained silent, neither confirming or denying the allegation. Maria remembered me talking about Leila, and she thought that maybe Leila could help get in touch with Sofia, or maybe some friends of Sofia.

Leila said she would be happy to help, and would be absolutely delighted to meet Maria. I flew from Italy to New York and Leila put me up in the second guest bedroom of her Four Sutton Place duplex. While we waited for Maria to show up, Leila and I in effect duplicated my being a house guest back in the 60s and she spent hours and hours talking to me about everything in her life, including Hank, of course, and how stingy he was.

She also went into great detail about the nasty sexual abuse lawsuit Caroline had mounted against her and Hank. Utterly absurd! Totally made up! Both Caroline and Victoria were just out to get money, that was the only conceivable motive. Nothing to worry about, because the lawyers were dragging it out indefinitely.

Then when Maria arrived, she and Leila bonded immediately. At our first dinner together, it was as if I didn't exist. Leila and Maria had so much in common. Finally I returned to Italy, quite confident that Leila would help Maria either get a reconciliation with Sofia, or whatever.

In September 2006 I got an email from a fact checker at Vanity Fair regarding a big article in progress about Leila Hadley Luce by reporter Vicki Ward. Fact checker had some questions for me. I looked up Vicky Ward. Turns out she used to be a hack journalist at various UK tabloids. Money quote: "We had a huge conflict when she [Vicki] was running the Style section," recalls one Style reporter, " because she changed quotes. I mean, even by English standards she doesn't have a clue about journalistic ethics."

Leila encouraged me to either say nothing, or deny that anything untoward had occurred. This troubled me deeply, and eventually led to our estrangement.

Meanwhile, as the trial date of the lawsuit was repeatedly changed, I put together my notes and wrote out "Memoria Nera," which was a lengthy account of the sordid melodrama. Eclectica published it.

As the trial date approached, Caroline asked me if I would be willing to testify. I said yes. And what's more, I said, I could send to her lawyer, John Aretakis, a copy of the story that appeared in Eclectica.

Maria, meanwhile, was still involved with Leila despite my estrangement from my former mentor and patroness. Maria told me that she was at Four Sutton Place when Leila got the Eclectica article material as part of discovery. She also learned that I was scheduled to testify. It was then, Maria said, that Leila decided to settle the case out of court for $500,000. The memorial service for Leila at St. Thomas Episcopal Church in Manhattan in March 2009 was interrupted by the appearance of a wild-eyed woman in soiled sweat pants and shabby sneakers. She ran up the center aisle, seized a bunch of white lilies from an urn, and tossed them in the air.

"I stink!" she shouted, then turned, ran back down the aisle and out onto Fifth Avenue.

Having known this complex woman for decades, I felt the great metaphorical resonance of that stunning event. Did Leila have her crazy moments? Of course. Did Leila's two daughters, who filed a sexual abuse lawsuit against her and her husband Hank, have theirs? Yes. Don't we all? 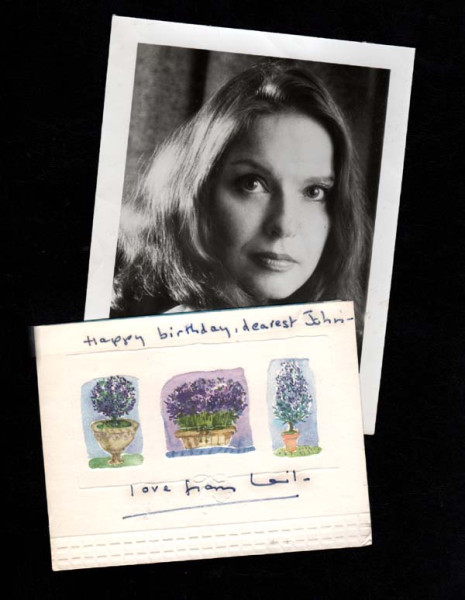 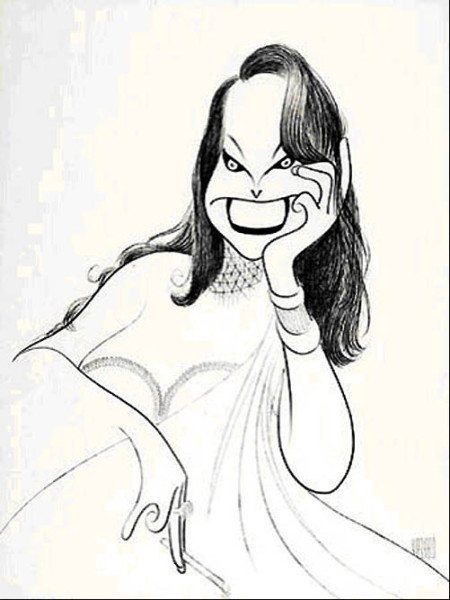 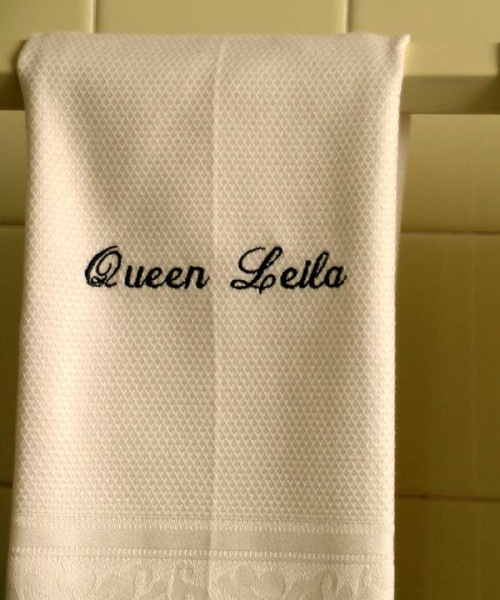 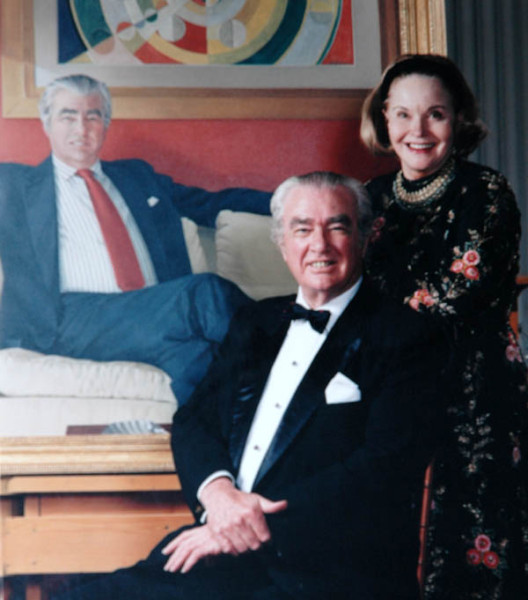 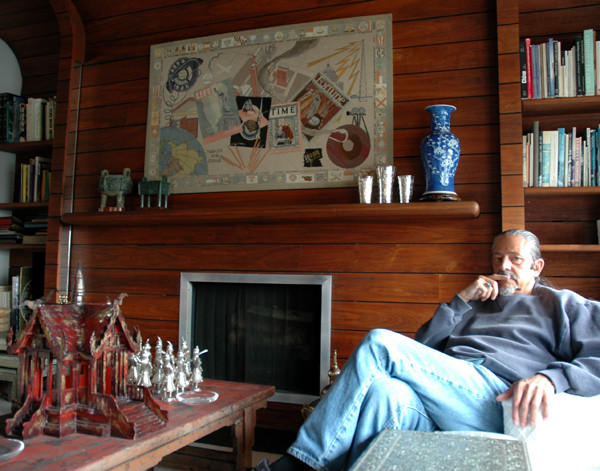