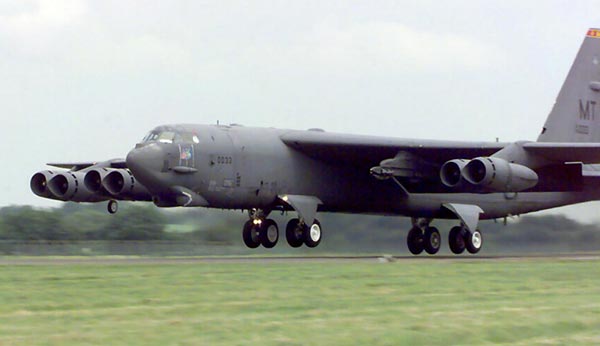 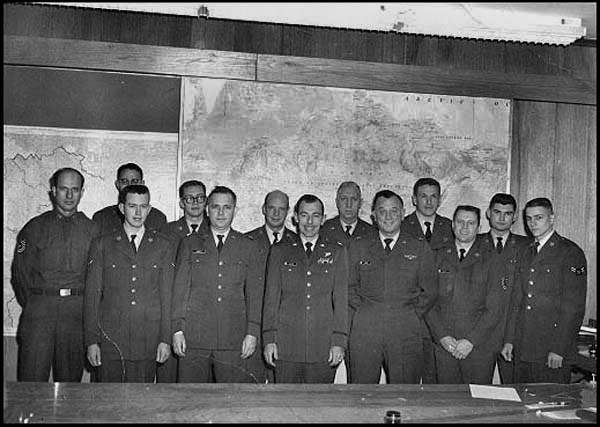 Airman Second Class John Palcewski is at far right in this photo of the 4128th Strategic Wing's Intelligence Division. In the middle is Col. James Bolton, who, soon after the photo was taken, was replaced by Col. William Cridland. 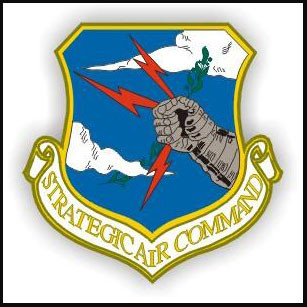 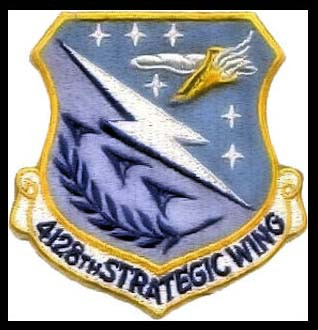 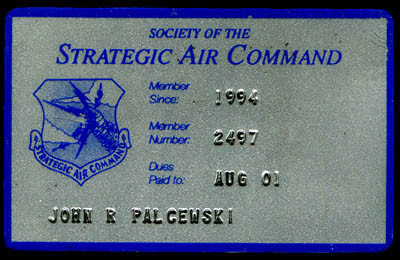 After graduation from boot camp at Lackland AFB near San Antonio, Texas, in September 1959 they sent me to the Air Force Intelligence School at Sheppard AFB outside Wichita Falls. In eight months I learned how to select enemy targets by examining aerial reconnaissance photographs. I was the best in my class. Along the way I won a case of beer for correctly identifying a strange looking building that had what looked like a racetrack on its top. It was an automobile construction plant in Munich, Germany, where they ran tests of the vehicles on the roof. I’d read about it earlier, in an issue of Popular Science magazine.

My first duty assignment was at a Strategic Air Command base near Amarillo, Texas. The 4128th Strategic Wing had a couple dozen B-52 bombers loaded with nuclear weapons, always on standby, ready to destroy the USSR and China in the event of WWIII. This nuclear arsenal was the embodiment of the early 60s’ geopolitical theory of Mutually Assured Destruction (MAD), designed to prevent major war, and—amazing to say—it succeeded.

My job was to assist Intelligence Officers prepare “navigators’ combat mission folders,” which were like the road trip planners the American Automobile Association used to make for its members. The folders contained detailed aeronautical charts that showed the way from Amarillo to Vladivostok, Beijing, and other major targets in Russia and China. They also included my specialty— “artwork radar predictions,” which were my carefully hand-drawn simulations of what targets would look like on a B-52 navigator’s radar screen when the plane got there. I also was responsible for reviewing and scoring the Wing's B-52 practice bombing runs using 35 mm film images of the aircrafts' radar screens. 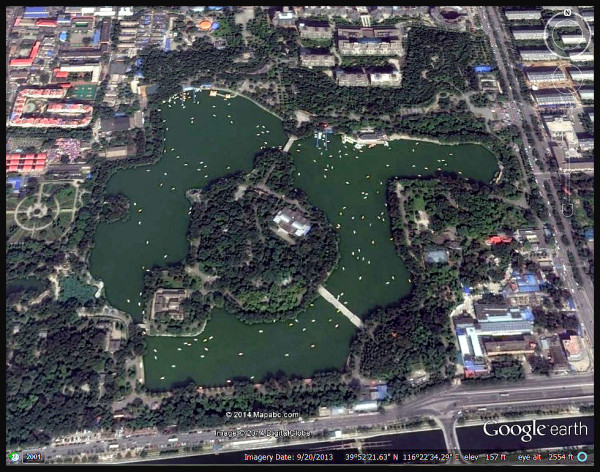 Among the very first of the targets I plotted on the job was 39 52 20.83 N, 116 22 34.11E, which was reportedly the royal palace of Mao Tse Tung, in Beijing, China. I drew the crosshairs on the aeronautical chart and I turned to Staff Sergeant Bob Boyette. "This target is right in the middle of a major city, and millions of civilians will be murdered," I said. "Doesn't it bother you?"

He laughed. "You're so naïve. At this moment in Russia, there's a kid just like you, plotting targets like New York, Los Angeles, Chicago. And do you know what really pisses me off?"

"These commies are using OUR charts. Theirs are inferior, so they go to the Aeronautical Chart and Information Center in St. Louis and buy them in bulk quantities and take them back to Mother Russia in diplomatic pouches."

I won a commendation from SAC headquarters in Omaha for devising a simple way of making a complicated calculation involving radar images, which new calculation saved the Air Force millions of dollars worth of man-hours each year. At an awards ceremony attended by all personnel, Wing Commander Colonel William Cridland handed me a $50 savings bond and a nice certificate, suitable for framing. A photographer took a picture of the presentation, which appeared in the base newspaper.