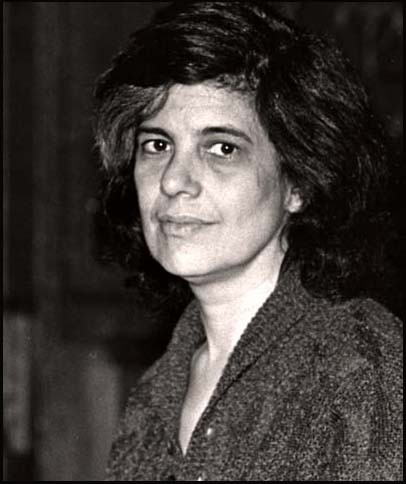 I was on a photo assignment at Lafayette College where Susan Sontag was delivering a lecture on her book ON PHOTOGRAPHY. The Public Relations rep of the college took me aside. "Ms. Sontag will not permit picture taking while she speaks," she said, "but will submit to it afterward. "

So I sat through Sontag's lecture. I was expecting to enjoy it, given the topic, but in fact I simply could not understand most of what she said. A barrage of cold intellectuality that was, at least to me, impenetrable.

Then after the patter of polite applause at her conclusion, she addressed me--the only photographer in the room. "You have exactly one minute to take your pictures," she said.

Her unexpected condescension was unnerving. Was she intent on humiliating me? If so, why? I felt the eyes of the audience. Being young, unsure of myself, and thin-skinned, I got angry.

I raised my Nikon, took a single shot, no more, and turned and walked out.

Sontag has written: “To photograph people is to violate them, by seeing them as they never see themselves, by having knowledge of them that they can never have; it turns people into objects that can be symbolically possessed. Just as a camera is a sublimation of the gun, to photograph someone is a subliminal murder - a soft murder, appropriate to a sad, frightened time.”

Well, at Lafayette did I actually murder her? Or myself?